Ten things the Dutch taught me

I was in Amsterdam this weekend, talking with people far cleverer than me about music online. Along the way, quite a few of them have made some real sense. 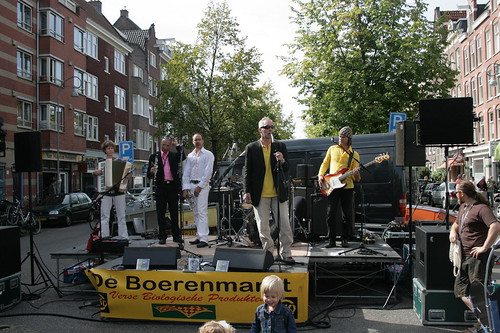 I spent the last few days in Amsterdam (and nearby media capital Hilversum) having a thoroughly wonderful time, eating great food, meeting with some fabulously interesting people and discussing music, radio, the internet and the future of media and technology.

Some (okay, one) of them I didn’t always agree with, but even so — without exception, everyone I came into contact with challenged, stretched and grew my understanding of the online music world – partly through what they had to say, partly in how they acted, and partly in what they considered important.

So without claiming these things as my own knowledge, but in the interests of passing knowledge along that struck me as reasonable, I present ten things I have learned from the Dutch.

1. Treat people like VIPs
2. Hierarchies don’t really matter
3. Your history is interesting
4. Where you’re from is interesting
5. Music is like water – but it’s not water
6. A 99% failure rate is pretty poor
7. People don’t steal Bentleys
8. Sometimes buying is better than having
9. Video is for more than you think
10. You’d be surprised what you can get away with

Okay, so these headings are, for the most part, impenetrable by themselves, but just as I did with the 20 Things You Must Know About Music Online, I’ll go through them each one at a time and attempt to explain. I include them here as a shortcut list partly as a teaser to get you coming back for the new bits of insight, and partly as an aide-memoire for my own purposes.

If I didn’t write these sorts of promises in public, I’d be off on another tangent before you knew it…