I was well treated in Holland. Very well treated. And it got me to thinking about the kind of consumer behaviour that follows VIP treatment. 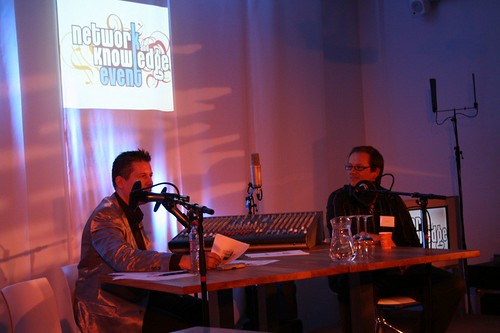 Not only was I very well looked after last weekend in the Netherlands, I was also introduced to some online music products and services that take the same approach to their customers. They treat them as if they’re smart, interested in quality of experience and incredibly welcome.

Now, these services (about which I cannot yet speak) are aimed at an older market than the vast majority of independent music businesses, but a CD I received in the mail this week from a label provided me with the contrast I needed to make the following conclusion:

Customer loyalty increases exponentially relative to the degree to which you make them feel important.

The CD that came through the mail was in a hand-scrawled envelope, the jewelcase was chipped and there was no note enclosed. The person that sent it to me wanted me not only to do them a favour by listening to, reviewing, recommending and promoting the product, but also to become a repeat customer and spend my money with their organisation in future.

Not going to happen.

There had been a previous email: “I’m going to send you our CD to review. What’s your address?” was the basic gist of the message.

Now, this sort of communication doesn’t make me particularly cross as it might some people, but it does make me entirely apathetic. I haven’t yet bothered to listen to the disc — let alone rave about it to anyone.

On the opposite end of the spectrum, I have recently heard of music companies that keep their customers – and all their other stakeholders – happy. Not just happy, almost embarrassed with the attention and fuss being made of them.

Some people are releasing albums that, once bought, keep getting more and more tracks added to them. Some are making the contact between the consumer and artist much closer — way beyond MySpace Friends close. More like Official Fan Club close. Others are providing such great ancillary material (ie: packaging, artwork, photography, essays, video, behind the scenes peeks, etc.) that even though the record (or mp3 set, or concert ticket, or whatever) is the item purchased, it seems the smaller part of the product.

And yet, although this might seem like too much hard work for no extra return, the effort required to make a customer feel not just valued, but an honoured guest, is minimal compared to the long-term benefits of the kind of consumer satisfaction and loyalty that results in an ongoing economic relationship.