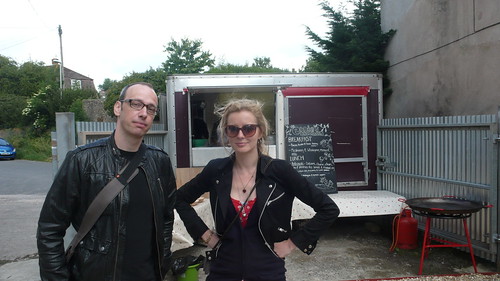 Ian, Saskia and I went to Frome in Somerset for the Being Human Weekend.

Lovely town, and we met some fantastic people and listened to some great electronic and experimental music. And for the record, you actually say “Froom”, so the pun in the title of this post doesn’t really work. But you can be assured that we came up with dozens of puns on both pronunciations, just to be balanced and fair.

I moderated a panel about digital strategies for independent music, featuring Will Plowman from A Future Without, Steve Robson from SubHub and electronic artist Laura B. 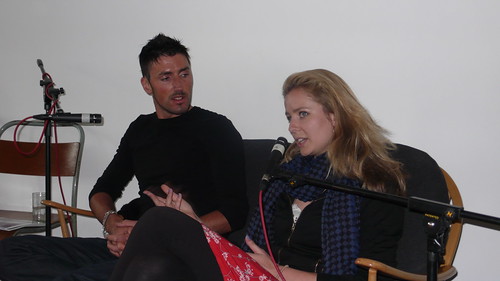 Saskia was a panellist in a session about Slow Media – an approach to media informed by the slow food and slow travel movements. I think it’s fair to say that work on a definition of a Slow Media Movement is currently in its exploratory stages…

We also took some much needed time out for a rare team meeting (three’s a quorum) where we brainstormed and planned a range of events that we’ll be involved in putting together in Oxford, Rotterdam and beyond in the coming months.

But perhaps the most interesting thing we did in Frome was our own Amplified event.

This was a transatlantic hookup between a bunch of us in Frome (Me, Saskia, Ian – as well as Banco de Gaia‘s Toby Marks and independent artist Clutch Daisy) and a bunch in Nashville (our own Steve, bassist Bryan Beller, singer/songwriter Kira Small, and bassist/singer/songwriter Brittany Frompovich).

The conversation was a live(ish) two way video connection, made possible using Ustream. Over the course of two hours, we talked about the possibilities, challenges and interesting phenomena of music online from a range of different perspectives.

You can listen to an excerpt here:

And you can explore more about the discussion on the Amplified website.

It was fascinating on a number of levels – not the least of which was the mere fact of doing it: a nine-person moderated panel discussion taking place in two venues in two countries in front of no audience other than the online one – but using it as a seed of further conversation, rather than a finite presentation.

But it was also great to meet such a brilliant bunch of people and explore issues around music online – from the promotional strategies available in the digital age to issues of isolation for the studio musician.

The first #ampNMS was an experiment – a prototype. And we plan to do more of them, archive them, and make them more widely available.