Unconvention Factory: all kinds of awesome 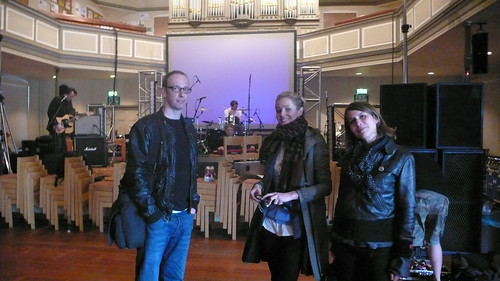 Ian, Saskia and Andrea at the Unconvention venue as the bands set up

The New Music Strategies team was delighted to be invited to Unconvention Factory in Macclesfield this past weekend.

For a start, it looked like it was going to mean an opportunity for us all to be in the same city in the world again for only the second time. Unfortunately, as it turned out, we had to make do without Steve, who was otherwise engaged being a successful, gigging independent solo bass playing musician.

We did, however, have a very productive meeting on the day before the event – and as a result, we have some fantastic projects coming up in the near future. Watch this space.

But we also managed to get in and get our hands dirty at the event itself – participating in a panel, hosting a workshop and presenting a radio show… and in my case, having my face encased in plaster for an art project. 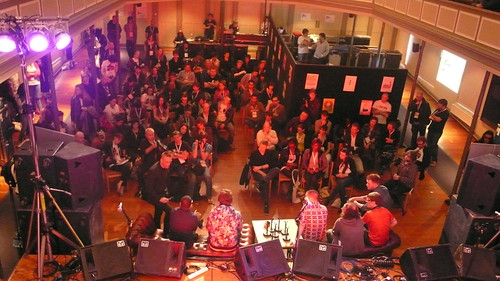 An ambitious event
If you’re unfamiliar with it, Unconvention is a grassroots independent music business conference and showcase that started in Salford, and is now happening all over the world.

The Unconvention Factory in Macclesfield was organised to coincide with the 30th anniversary of the death of Ian Curtis of Joy Division – perhaps the town’s most significant music figure.

Central to the event was the recording of some independent bands each covering a song from the Iggy Pop album The Idiot (a record that had inspired Curtis) – and then releasing an album (‘The Day of The Idiot’) by the day’s end. I held a finished, produced, mastered and packaged CD in my hands within 12 hours of the event starting, which was an amazing achievement – and the recording will be available online.

Online radio
Saskia and I hosted the first of the day’s online radio shows, which was a chaotic affair, but loads of fun. We’d been told that anything goes, and that even swearing was permissible. I’d replied that I wasn’t very good at swearing, and Saskia had informed me that she swore best in Dutch.

When organiser Ruth Daniel told us that swearing was not just allowed, but mandatory – we had to improvise. I chose some of my sweariest music (think of songs by NWA, d’Angelo and Prince that have f-words in the title) and we had a blast. Apart from anything else – it’s great music.

We also took a punt on local hip hop crew Four Max, who wandered in, saw we were doing a radio show – and gave us a CD in the hopes we’d play it. That sort of behaviour sometimes pays off. Fortune favours the brave, and all that. We played it, it was good – and people really liked it. 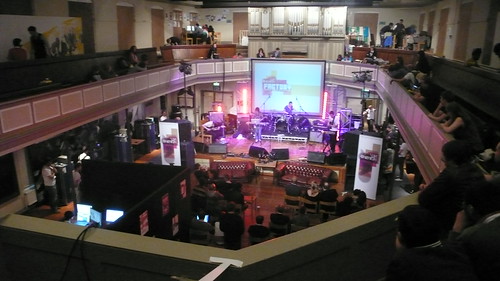 The Workshop
From there, it was straight into the New Music Strategies workshop session. A simple format, and one we’ll repeat. It was the four of us in a room with a bunch of about 30 or 40 musicians and other creative workers.

I introduced the crew, we explained what each of us does and where our expertise lies – and then we simply asked “How can we be helpful?”

For the next hour, we came up with solutions and answers ranging from strategies for an independent music production house to promotional ideas for a t-shirt design company; advice for young bands, approaches to event management, dealing with catalogue and sync, copyright issues and much more besides. Ian even shared his experience of having performed his hit record on Top of the Pops…

People seemed to like it. A couple even used the word inspirational, which was nice. 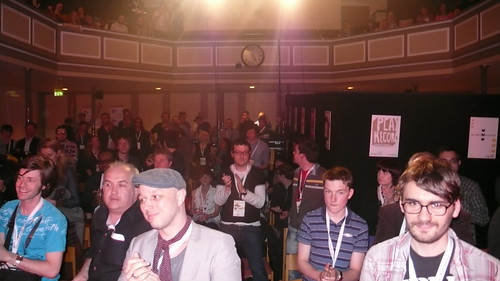 Music As Culture
Towards the end of the day, I chaired a panel entitled Music As Culture, and Andrea was one of the panellists, alongside the legendary Don Letts, Brian Travers, Dave Haslam and Jez Collins.

This was a wide-reaching discussion that talked about the whole reason we were all there – because of the importance of the meanings that music makes in all our lives.

While it had mostly been a day of figuring out strategies for making money from independent music in the digital age, the importance of music as a shared cultural asset and as a means of expression came to the fore to wrap up the formal part of the proceedings.

And when I say ‘formal’, that’s a pretty loose interpretation of the word. My day included having my face encased in plaster and incorporated into an artwork, watching people make iPhone apps and screenprinted posters, listening to bands play Iggy Pop tunes and drinking, eating and socialising with some amazing people – including several of my heroes.

Bands played into the night as we ate, drank and caught up with old and new friends from around the world (too many to name – but so great to see you all), and toasted the success of the Unconvention team, led by the amazing Ruth Daniel, and her team – Jeff, Teresa, Dan, Alex, Katy and the gang. 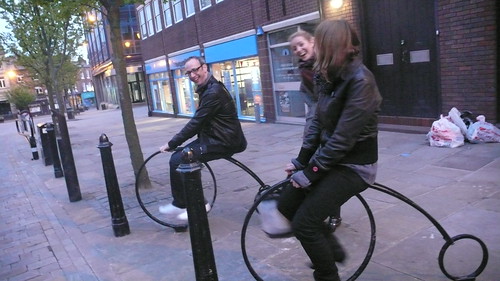 And then it was time to relax
The best thing about New Music Strategies, as far as I’m concerned, is just what a fantastic and fun group of people we have. And while I knew them all and had selected them as my dream team – Ian, Steve, Andrea and Saskia had never met before our first meeting in Groningen back in January.

This was only their second day together, and everyone just gets on so well, has so many shared values about what’s important in music and what we should try to achieve as a collective.

Between that simple fact, and the amazing store of ideas and projects we have coming up (and a couple already in play), I’m really excited for the next few months of NMS, and where we could go from here…