Something else that's still true 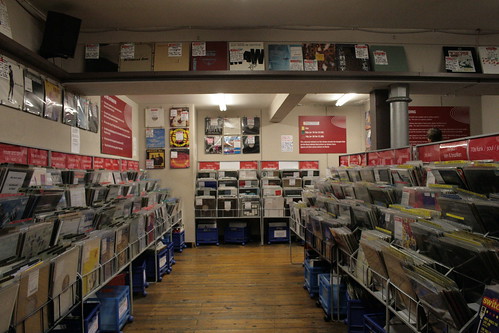 When people say that the album is dead, you can smile to yourself and have that nice feeling you get when you know you’re smarter than somebody else.

While it’s undeniable that iTunes sells a lot of single tracks, I think it’s fair to say that the stronger cultural force is the fact that artists want to present their songs in a themed and curated collection.

Whether that’s an EP of 5 songs, an album, a symphony or a song cycle — or even the A-side / B-side partnership of the 7″ record — music is best consumed and understood in the context of other music.

Thankfully, that’s also the way that people prefer to buy music — but not how they like to buy digital files. Multiple downloads equals complexity.

Why not make your album (song cycle, etc) available for download as a single ZIP file? People understand those, and it’s a lot less complex and bothersome than multiple individual tracks.

You do the maths on that.

They’re not cherry picking the hits because they don’t want albums. They just don’t want to have to pay for and then manually download individual songs that they don’t know they want yet.

I wouldn’t buy Fitter Happier as an individual track, but Radiohead’s OK Computer doesn’t work without it.