Information wants to be free – so we’ve set it free 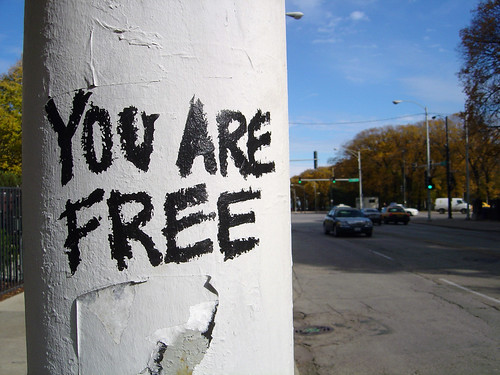 It must have seemed quiet here at New Music Strategies for quite a while. We haven’t been blogging, but that doesn’t mean we haven’t been busy. In fact – kind of the opposite.

We’ve got some big news coming up, and some really exciting projects that we’d like to get you involved in… and we’re going to tell you about all that stuff really soon – but first there’s something we’d like to do.

We want to start the NEW New Music Strategies with a bit of a clean slate. This website already has a lot of stuff on it. There’s a free e-book, and about four years worth of advice for independent musicians, observations about the digital environment and general discussion about all sorts of related topics. But that’s all from the OLD New Music Strategies.

New Music Strategies is now no longer one man’s website where he writes what he thinks about music online. It’s a home for the activities of a team of five people who do interesting stuff with music in the digital age. And we wanted to make that a significant change – so we’re going to do something that might appear a bit radical (it’s actually not – but some people seem to think it is).

This is stuff is your stuff
Until now, all New Music Strategies content has been licensed under an Attribution Non-Commercial Creative Commons licence. Basically, that meant that you were allowed to take and use the content as long as you credited it appropriately, and didn’t charge people money for it. In short, it was mine – but you were allowed to use it.

I want to change that. I want it to be yours. Or everybody’s, actually. I’m putting it into the public domain. I hereby declare that every piece of content written by me for New Music Strategies up to the end of 2010 (basically, everything here, with the exception of the images, the videos and the comments & occasional contributions by others) is totally without copyright restriction.

You can do anything you like with it, and you don’t have to ask. You can sell stuff based on it, copy and paste it into magazines, make new and derivative stuff out of it, translate it, create products – whatever. You don’t have to ask me, pay me or even let me know. Because it’s not mine anymore. I’ll leave it up here so you can find it when you need it, and because there’s plenty of stuff that links to it out there on the internet – but I’m just looking after it. It belongs to everyone now.

What’s the big idea?
Why am I doing this? Because I think it’s a good thing to do, it’s an interesting thing to do – and I suspect that making it part of shared culture, rather than a piece of intellectual property has the potential to open up new ideas, new conversations and new uses for the stuff I wrote and am no longer using.

My hope is that someone will find some interesting and useful purpose for the writing that’s in here. Perhaps they might even be able to make some money at it. T-shirts with NMS slogans on it, books cobbled together with some of the information that’s lying in here somewhere – that sort of thing. That would be awesome. Unlikely, perhaps – but actually possible now.

So – to be clear – the 20 Things e-book (and everything in it) is now fully Public Domain and should be treated as such. Likewise, any blog posts published on this site that are dated before 1st Jan 2011 are in the Public Domain. Do what you will with them. Knock yourself out.

And we’ll fill you in really soon about what’s coming up from the New Music Strategies team. I think you’re going to like it.