I'd wear your t-shirt 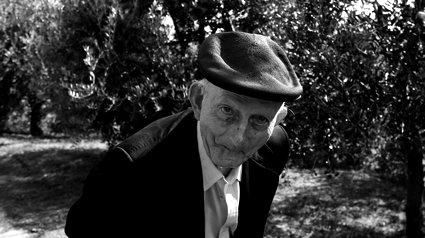 This is a follow-up post after yesterday’s piece about who you should send promos to. While we’re thinking along those lines, I thought I’d also get you thinking about your other possible points of influence.

It’s a great idea to send free promos to your friends and acquaintances and get a bit of buzz happening that way – but there are other things you can do to start that conversation going in ways that can spread your music and your brand to new audences.

If you’re in a band, and you play the kind of music that’s most likely to be enjoyed by university students, then I’m clearly not your target audience. I’m a 41 year-old guy with a wife and a teenage son. But, if you think about it long enough, you’ll realise that I do happen to come into contact with several hundred of your target audience members on a fairly regular basis…

Not your target audience
This is not about me. And to be honest, I’ve got plenty of t-shirts and lots of music. But there are plenty of people like me who don’t get this kind of stuff.

It’s something that not enough musicians and independent music businesses give any thought to. When you’re sending out promo material, you’re trying to influence people other than the people you’re sending stuff to.

So the logical extension of that is that you want to promote (realistically) in as many places as possible that intersect with your audience. And the less clutter there is in those spaces, the better. That is to say – sending a CD to someone who receives 50 CDs in the mail every day will only get you so far.

Sending a CD to someone who only gets 5 CDs a year – and only then when they make the trip to the last remaining retail outlets or treat themselves to an Amazon splurge – is going to get you noticed and talked about by that person.

What do people do all day?
Because you have to remember: people who like jazz music don’t only go to jazz clubs, listen to jazz radio stations and read jazz magazines (snigger). They go to the dentist (do they have your CD?), stay in hotels, drink wine, belong to clubs, drive cars, work in diverse places and read magazines about everything from gardening to astrophysics.

Students are easy, because they come into contact with so many different people and go to so many different places: bars and cafes, where they not only have soundsystems to play your music, but staff who might wear your merchandise; bookstores, markets and other retailers; and sometimes, students even go to lectures… and not all of their lecturers are Giles from Buffy.

Pick your targets
Once again, choose people who might not ordinarily receive promo copies of things. There’s a level of appropriateness you’ll want to find – sending people things that are irrelevant to their lives is just going to cause them to throw that stuff away.

Just because there are a lot of young Catholics in your town, that doesn’t mean you should be sending your heavy metal promos to nuns.

But how often does a delicatessan worker get a free baseball cap, a highschool guidance counsellor get posters and badges, or a barber shop get free CDs?

I’m not necessarily saying that these are the targets to go for. I’m saying you need to think a little more creatively than simply sending things to the ‘usual places’ (whatever those are).