What websites should I be on? (Part 1) 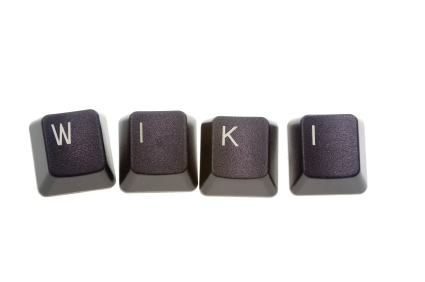 When you’re thinking about ‘Getting your music out there’, there are quite a few choices. We’ve already covered MySpace, to a certain extent – though it’s worth mentioning a pretty good bit of coverage about How to Promote Yourself on MySpace on Wired.

You’ll notice that Wired article is a Wiki. That is to say, it’s an online article that anyone can edit. If you have useful things to contribute to that article, you should absolutely go and make changes. This is a large part of how the web is grown these days – by leveraging broadly distributed knowledge. And it also reminds of us of one of the most important sites for musicians these days: Wikipedia.

Wikipedia pretty much universally comes up in the top ranking search results for any given topic. If there’s a page about your band on Wikipedia, that will be one of the default places to look when people are searching for you. Your page, your MySpace page, your Wikipedia entry.

Image via WikipediaThis particular fact was brought to my attention by David Sherbow of MPTrax.com when we met at a blogging conference in Chicago recently. There’d been an article about it in a recent issue of Billboard magazine and while they made it clear that it was important, they may have understated just how important it is.

But here’s the thing: while it’s crucial that you’re findable on Wikipedia, AND it’s true that anyone can just log on to Wikipedia and write or edit an entry – it’s considered bad form to write your own entry. Really. You just look like a bit of a plonker. Wikipedia strives to be objective, impartial and balanced. Very difficult to do that when you’re writing a self-hagiography.

So a good idea is to ask someone who knows a bit about your music, and can put in a little bit of time giving some biographical detail, maybe upload an image or two and (ideally) take responsibility for tending your Wikipedia entry.

Further reading:
There are a few books that are worth a read on the topic of the phenomena of wikis and the power of community-contributed content online (I’m not a fan of ‘user generated’ as a term): Wikinomics is a good place to start, and Clay Shirky’s Here Comes Everybody should definitely be next on the list. I just polished them both off over the weekend, so this is fresh on my mind.

There are other sites to concern yourself with, and I’ll deal with those in later posts – but for now, go and spend some time recruiting your wiki-authors and get yourself up on one of the most read, most findable and most actively engaged-with websites on the planet.

And, of course, this gives me the cue to ask the same thing of you. Last I checked, there was no Wikipedia entry for New Music Strategies – or for me, for that matter. I’m not going to do it for the reasons stated above, but I’d consider it a real honour if you thought it was worth your while starting a Wikipedia entry about what I do.