There is no gap

You can stop making websites to promote unsigned bands now. There are far too many — and it’s getting to be a problem. 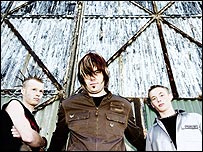 This week, we witnessed the first unsigned band to enter the UK top 40. We should pause to celebrate that fact, and then shake our heads in disbelief as they actively use that success as leverage to get themselves indentured to a record label, rather than create for themselves a sustainable career as independent artists.

When we first started putting music up on the Internet, back in the early 1990s, there was something liberating about the promise of the great level playing field the online world provided.

The old mp3.com was something of a revolution for artists who wanted to connect with a global audience. The site allowed you to upload your own music, gave you a page to direct people to, and even provided a way whereby you could sell CDs to order. They even did fulfilment.

The major record labels didn’t like it. It represented something of a threat to the business of making, selling, distributing and promoting a carefully selected roster of stars. But actually, it was pretty much untouchable, rights-wise.

And then mp3.com started to get competition. Serious competition. Other websites that promoted ‘unsigned’ artists started popping up. There was obviously a huge untapped market here just waiting to be divided up.

And divided up it was. Websites started springing up all over the world that supported the cause of the poor unsigned artist. Some were defined geographically. Some by genre. Some catered to particular kinds of community. Some tried to be all things to all people. But by the year 2000, the gap that mp3.com filled in its glory days simply did not exist anymore.

Let’s not forget there was no really viable economic model for this at the time. Selling downloads was still a good decade away from widespread uptake. Bandwidths just weren’t up to it. The online advertising market was a world of low-return banner ads and, later, infuriating pop-ups.

But clearly there was a massive client base and a globally configured audience. It was just a matter of getting as many of these talented artists in front of these willing consumers — and the economic model would work itself out.

Sadly, in an effort to compete, mp3.com made a serious tactical error that was pounced upon by the record industry, and a crippling court case put paid to what had been a shining beacon in an online music wasteland. The current site, incidentally, is a pale corporate shadow of its former glorious self and is not connected in any way with the old website.

As the years have gone on, sites have popped up that take an ever-smarter approach to the business of promoting unsigned acts. There have been download sites, music portals, social networking sites, recommendation sites, promotion and PR sites, sites that connect bands with online broadcasters.

There’s Garageband (who at least have the decency to use the word ‘independent’, rather than the vaguely derogatory ‘unsigned’), MySpace, Overplay, Unsigned Band Web, Unsigned.com… actually, the list is pretty much endless.

Every one of them has a driving passion to promote the criminally under-represented unsigned artist — and, the theory goes, the unsigned artist signs up because all the unsigned artist really needs is this magical thing called ‘exposure’. If they just had exposure, then they would be successful, rich, popular, on a level playing field… or some other such thing.

Only, everyone seems to have failed to notice that exposure is a problem of a much different order these days. If your band has difficulty getting exposure in 2007, then the problem is not access to ways in which you can get your music out there. The problem is Darwinism.

We need another new website that promotes unsigned bands like we need a hole in the head.

Come up with something clever, by all means — but if you plan to just build a community where unsigned bands can showcase their music to an audience hungry for new sounds, then forget it. The audience is full to bursting, thanks.

There is no longer a gap in this particular market, and if this is your great entrepreneurial idea, I wish you a swift and inexpensive failure — because the alternative is a slow and financially crippling one.