Has music been devalued? 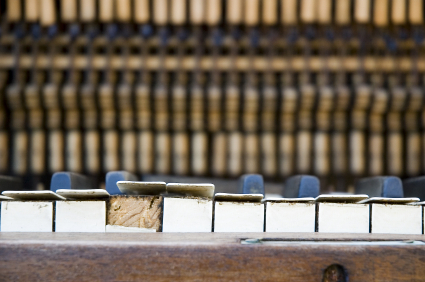 About eight months ago, possibly a bit longer, I heard the phrase “music has been devalued” for the first time. At the time, I thought “what an odd thing to say” – and gave it very little more thought. But then it popped up again, and this time with more certainty about it.

Before long, I was starting to get questions that started with the phrase “Now that music has been devalued…” and suddenly it was a fait accompli. Now, it’s a presupposition that seems to underpin every conversation I end up in these days.

Music has been devalued. It’s just what’s happened as a result of mp3s, free downloads, file sharing and ease of access to music. Right?

Is it just me – or does that sound like complete nonsense to you too?

Marked down does not equal “devalued”
For a start, just because something is, on average, less expensive than it used to be does not mean that people value it any less. In fact, quite often when things are abundant and cheap, people come to rely on them more and more heavily – and would consider life unbearable without such things.

Mobile phones do not devalue conversation any more than cheap public transit devalues travel. DVDs don’t devalue films and ready access to different cuisines from around the world does not devalue food. I could go on.

I feel like I’m explaining the utterly obvious here – but just because recordings are abundant and cheap – that doesn’t mean people hold music less dear. In fact, if anything, I’d say that music is so deeply woven into the fabric of modern life today, that its absence is virtually unthinkable.

Value is not price
There’s a great line by American humourist David Sedaris. He talks about how different countries around the world celebrate Christmas, and notes that people in European countries that open their gifts on Christmas Eve, rather than on Christmas morning, usually give small and symbolic presents rather than a lot of large, expensive items. The exchange of gifts makes up only a small part of the overall celebrations.

Sedaris notes that instead, those cultures generally prioritise tradition, togetherness, family and friendship – “whereas, I prefer things of real value.”

The joke’s a good one (or at least, I like it), simply because it points out the absurdity of contrasting something that is good (and better the more abundant it is) with the idea of ‘value’.

Music – like friendship, togetherness and beauty – is highly prized as among the greater things in life. It’s one of those things that the more you have, the better. It doesn’t lose its value as you experience it. From a purely humanitarian point of view, everybody should have as much of those things as they can possibly handle.

Before recordings, sheet music was the main method.

Not so long ago, a great many middle class families would have a piano in their living room. Music was played by (horror of horrors) amateurs, and if teens wanted to invite their girlfriends over to listen to the latest hit songs, they would get the sheet music, sit down together on the piano stool and play.

It was a shared experience of music, it was still a process of economic consumption, and most importantly, it kept their hands busy…

And as a side note, for a long time musicians strongly resisted the coming of the recorded music era, on the basis that it put musicians out of work. If a radio station could play records, who would employ bands? If a party could have a DJ, what would gigging artists do for money?

Frankly, if you described the today’s record industry to a musician from the 1920s – and particularly the industry that people who use the phrase ‘music is being devalued’ want to try and retain – they’d have been utterly horrified.

These talking machines will ruin the artistic development of music in this country. When I was a boy, in front of every house in the summer evenings, you would find young people together singing the songs of the day or old songs. Today, you hear these infernal machines going night and day. We will not have a vocal chord left in America! The vocal chord will be eliminated by a process of evolution as was the tail of man when he came down from the ape.

If you do not make the people executants, you make them depend on the machines.

Sousa was incensed that mass produced recordings would utterly professionalise musical performance, stop people from playing music themselves, and turn music into something that you just kind of passively ‘have on’ rather than something you can actively engage in.

Sousa’s fear was that the record business would ‘devalue music’ – and he kind of had a point. That’s pretty much exactly what happened.

Piano sales collapsed. Likewise the sale of sheet music. The music business, as it was understood then, went into complete meltdown.

Making specific performances of music available widely completely rewrote the rules, caused havoc at the time and (to everyone in the previous incarnation of the music business) did so precisely because it “devalued music”.

Which, of course, we see as laughable today. In fact, what it did was ‘revalue’ music. It gave it a different kind of “value”, around which a whole lot of different social, cultural and economic activities arose – many of which we can make money out of.

The world didn’t end, and people didn’t care less about music than they did when they played it on the piano in the salon. If anything, people cared more.

But these days, the piano in the salon is the remix software in the bedroom. While the criticism that music is being handed over to people who are not ‘proper musicians’ may in fact be based in reality, it’s something that should perhaps be celebrated rather than feared. Music is not – or should not be – the sole domain of the professional and the virtuoso.

Value, like music, is not purely economic
Music has not been devalued. The economics of music have changed. There’s a difference.

Recordings devalue music. Broadcasting devalues music. And in the same way, the internet devalues music. Which is to say – it doesn’t. It just changes the way that the business works – and from this side, it’s very hard to see how that change will operate.

But more people listen to, engage with and enjoy more music than ever before. It’s not only valued, but prized. Personal identity, association with a sub-genre ‘tribe’, clothing style, use of language, socialisation and a great many other cultural factors are now entirely predicated on music. Far from being devalued, for a lot of us – it’s pretty much the most important thing.

So – to take what might be seen as a provocative stance, I propose the following:

1) Claiming that ‘music has been devalued’ is both entirely defeatist and a complete cop-out;

2) Blaming everything and everyone else for the problems you may be facing as the world changes around you makes you come across, like Sousa, as a miserable old sod;

3) Recognising the fact that you haven’t yet found a way to tap into the ways in which people now consume music (but that such a way does exist) might just be the key to solving the problem of extracting commercial value out of the immense cultural value everyone’s getting out of music – more than ever before.

What do you think?