Music Beyond the Digital Age 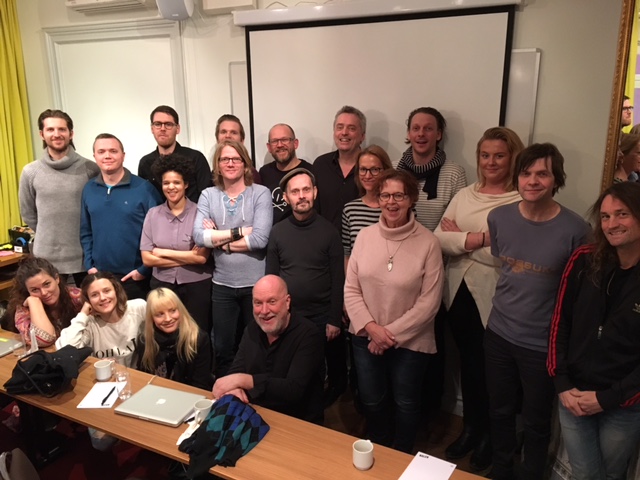 I was in Stockholm today presenting at a course run by SOM – the Swedish association for independent music. A group of record label owners had been assigned my book to read, and I was invited to come and talk to them for a couple of hours. By all accounts, not only had they read it, they seem to have enjoyed it – and one or two made a point of saying it had been helpful to them, which was lovely to hear.

Of course, it feels like I wrote Music in the Digital Age a lifetime ago. My presentation to the label owners was called Music Beyond the Digital Age – partly because so much of my thinking has moved on and developed since then – but also because so has the media environment we live in.

When I first started writing and speaking about music online, the world was very different. It was around the year 2001, give or take, and I had recently given up researching and writing about VR on the grounds it was so terribly old fashioned. I was more interested in developments for music and radio in the digital domain. This was before iTunes, before Facebook, before iPhones, before YouTube, Twitter, Sonos, Spotify, Soundcloud, Bandcamp – even before MySpace…

It was, of course, a good couple of years after Napster had revealed a fundamental problem in the model for music industries in the digital age. It triggered a catastrophic knee-jerk reaction in the recording industry that labelled everyone who likes music a criminal, attempted to break everyone’s music players (and computers in the process) and not only completely sucked all of the money out of the sector but also paved the way for the worst industry PR decision since the Ford Motor Company advocated running over pedestrians for not driving cars (that never actually happened of course, but it would kind of be in the same ball park if it had).

A decade or so year later, at the time I started writing Music in the Digital Age, it was actually still the digital age.

I’d say we’re at the point of transitioning into a new period.

For the record, the Digital Age – at least for music – started almost 35 years ago when CDs were released onto the market (remember that CDs are a digital format – despite the nonsense you hear about ‘digital vs physical’ as if CDs are one and not the other). Now there’s some pretty compelling evidence to suggest that it’s drawing to an end. Not that digital technologies are going away. We also still have books, writing, spoken word and television sets – so I wouldn’t unnecessarily worry about the ‘death of’ anything here if I were you.

All the same, this is hugely significant. We’re at the beginning of a 6th Media Age – after the Oral, Scribal, Print, Electric and Digital eras. That process of development is speeding up, for sure – though the idea that we’re approaching a ‘singularity’ is an over-simplistic and unimaginative reading of what’s really going on. A longer conversation for another time, perhaps…

I have some theories about what it means that we now live in what you might call a ‘post-digital’ world. It took me a couple of hours to explain what I meant by that earlier today, so I won’t try to condense it into a single blog post. I wrote an essay you can download when I was first exploring the concept if you’re interested in the idea – and there’s certainly a book in it if I ever get the time to sit down and write it.

But it was a really nice way to spend an afternoon, sharing these ideas that come out of my work with the Music Tech Fest (which has been hugely influential on my thinking and has provided me with endless case studies) as well as my encounters with everything from neuroscience to literary criticism, cryptography, art history and cultural theory.

I got to spend a very nice time with a really engaged and interested bunch of independent record label owners from across a whole range of genres, and we talked about things they probably don’t often get an occasion to talk about – from William Blake to Star Wars, Lego Bricks to Artificial Intelligence.

And it was so refreshing to hear a question I hadn’t heard asked in a very long time: ‘So… should I delete my MySpace page?’