Like the attention deficit teens that inhabit it, the internet finds it difficult to sit still for any length of time. Surprise — it’s new again. 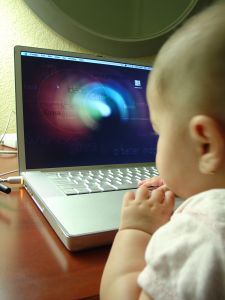 Just when you think you’re getting a handle on the internet, it goes and changes everything around on you. You have it nailed with Feedburner and WordPress and Flickr, the Hype Machine and Last.FM — then along come the new sites. There’s a whole bunch of new names to learn. You stumble across things that sound like the answer to all your music business prayers. But you feel like you’re starting all over again.

Websites run by 13 year-olds are getting venture capital funding… and web services you’ve never heard of are the new next big thing. It’s all very confusing.

So… here’s a quick guide to some of the new stuff — and whether to bother.

This is a discussion platform on speed. They’re an Australian-based company who have hit upon the idea of merging the Tumblelog principle with Instant Messaging and Web Forums.

Essentially, it’s a live-updated web forum platform that allows you to embed other media (YouTube Video, for instance).

There’s a nice introductory video that explains it in some detail, and I’ve signed up just to see if it’s going to be useful and manageable. I have my doubts, because one of the benefits of the online forum is the opportunity to go away and think about your response. Tangler promotes the quick reply and the knee-jerk reaction.

However, on the plus side, this will make it one of the most active discussion communities online in a very short time. I imagine there will be a topic of interest to you there almost immediately — and if there isn’t — start one.

Any opportunity to establish yourself as an opinion-leader, right?

Remember when filesharing was thought to be a bad thing? I think this is a great idea — particularly if you’re sending large files to other people on a regular basis. Like… to clients from your studio, for instance.

Tubes instantly builds synchronised, secure connections (“tubes”) between your computer and the desktop of your friends, family, co-workers – even your other computers. Now anything you drop in a tube is whisked to the desktop of anyone you choose – and vice versa. And Tubes syncs any changes in every tube ensuring youÃ¢â‚¬â„¢re always up to date – even when you donÃ¢â‚¬â„¢t have an internet connection.

Still in private beta at the moment, Spock promises to be the next generation of search. Centred around people, it gives correct and verifiable information about the person you’re searching for, and a range of tagging and disambiguation options to distinguish the Fred Jones you want from all the others.

I’m one of the beta testers of this site (hardly an exclusive club, but still) and it’s still a bit dodgy for public release — but I think it’ll be superb once they roll it out in full. If you want to know about someone, Google can only tell you so much.

I have three invitations, if you’re interested in a sneak preview.

There’s little doubt that advertising is going to be one of the key ways in which money is made from music and media in the not too distant future. But pre-roll and post-roll ads are not consumer friendly in the least.

Adap.tv is an online video advertising service that allows publishers and advertisers to match relevant advertising with online video content — and the advertising is presented in one of the least offensive ways I’ve come across yet.

If music videos might be one way in which you plan to make money in this business, you should definitely check out their demonstration.

This one kind of creeps me out a little bit. Billed as Web 3.0, and a working example of the Semantic Web, Adaptive Blue does something quite remarkable.

It reads the webpage you’re reading, and offers you choices based on that page.

Essentially, it’s a smart browsing tool for Firefox (and Flock — if anyone’s using that). It considers the information hidden in the pages of your favorite web sites, and allows you to quickly do what you’re likely to want to do next.

For instance, if you’re looking at a page about Norah Jones, it’ll offer to send you to places where you can buy a Norah Jones record — or listen to her music on Last.FM — or show you blogs who have written about her recently — or images of her on Flickr. Pretty smart.

Personally, it would make me cross quite quickly. Your mileage may vary.

This one’s so brand new, we’re not even allowed to look at it yet. It’s a new online TV service that promises to “give you the best way to find all your online videos, from TV shows to movies to the latest celebrity, sports, news, and viral videos. We’ll take you to those videos, wherever they are.”

Go and sign up for the Beta if you’re curious.

Okay, so this one’s not so new — but it’s new on me, and once I figured out what it was for, I was impressed.

Essentially, it’s a recommendation aggregator — presenting the best new music according to artists, DJs, music tv networks, newspapers, magazines, retailers, and bloggers from all over the internet. Critical Metrics keeps track of all these recommendations and playlists and presents full-play audio tracks, truckloads of information — and links to where you can read more about and buy the best in new music.

Their sources are really credible too: Idolator and Pitchfork are consulted alongside MTV and Stylus magazine. Keep an eye on it.

If your music ends up here, you’re doing okay.

Although it’s not explained terribly well at the website, Pando is actually quite a good idea. It gives users high-definition video content for free, and it gives content makers a way to monetise that through advertising.

Sounds simple? Here’s the convoluted way they describe it:

It uses a peer networking file transfer technology very similar to (if not actually) bittorrent, so the distribution costs are nearly nil — and they give you, the publishers, real time information about who’s watching and how many people are downloading.

More importantly, they enhance viral distribution as they encourage users to send videos to their friends. You can even read information about your Viral Index. Just how contagious are you?

Need to buy any equipment in the near future? Thinking of upgrading that guitar amp? Wize gives recommendations for products based on hundreds of apparently impartial expert and consumer reviews.

The internet can’t do everything for you. Yet.

And so, I thought with all this new stuff, it was time for me to get on the act too. What do you think?

Okay, so it’s a fake Web 2.0 logo – complete with the mandatory BETA star. You can get your own here.